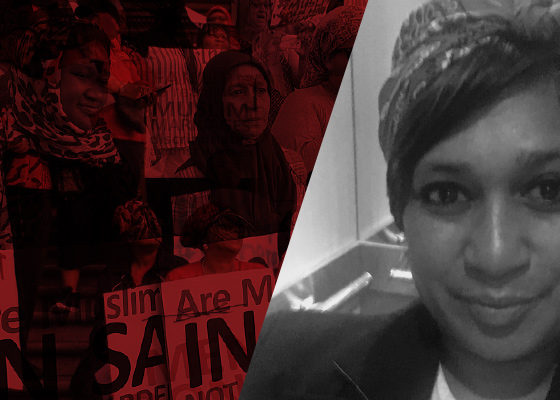 The Constitutional Court ruling, in the Baron V Claytile matter, points to a disregard for poor people’s agency, therefore affirming the idea that choice is a luxury reserved for the wealthy. Instead of interpreting the law through pro-farmer, pro-poor, pro-human-rights lenses, the Court made the presumption that landowners may evict farm workers at their will, and that these farm workers may be legitimately relocated to unsatisfactory locations. Baron v Claytile reinforces the same dynamic created by forced eviction, where farm workers are unable to have control over their own lives, reminiscent of an apartheid reality that prevented black people from owning land in affluent, White areas.

By Seehaam Samaai, Director of the Women’s Legal Centre

The spatial organisation of the apartheid city was such that Blacks, at the periphery of the city had the least access to resources, whilst White people, at the centre of the city not only had access to the city’s resources, but also controlled them.

As a result, Blacks were far from job opportunities, schools and hospitals, and would often have to commute long distances in order to access these resources. The apartheid government relocated Blacks to the outskirts of the city, in a bid to sterilise the city centres, as well as rid the city of any indigenous culture and tradition. As stated by Oliver Wainwright, these informal settlements were intended to create an “orderly and submissive underclass”, as well as a sense of security and control.

The apartheid regime was not concerned with fostering the wellbeing and happiness of Blacks and in fact it essentially used townships as dumping grounds for those who were evicted. Instead it was concerned with propagating the old white fear of “Swart Gevaar” (Black threat) and it reflected this disposition in the way it chose to organise its cities, including Cape Town.

Today, Cape Town is stagnated in history. The city centre exists in ebbs and flows and striking juxtapositions, nothing is continuous. And as one becomes more familiar with the streets in this city, it becomes clear that the appearance of each street mirrors the bodies they are able to accommodate. Not everything on these streets is for everyone. And as one moves further from the city centre, and drives toward Cape Town’s airport the city’s inequality beings to further unfold.

One similar township is Wolwerivier, a relocation camp with about 500 households, situated about 30km away from the city centre. Like a Black township in an apartheid city, Wolwerivier is far away from any transport hubs, clinics and schools, it lacks street lighting, sanitation and residents think of it as “cold, forgotten,” as a place that lacks community. The city of Cape Town uses it as a temporary relocation area for homeless and evicted families, such as a group of ten families (Baron and others) who lived in Muldersvlei, a farm owned by Claytile Ltd.

In Baron v. Claytile, the ten farm dwellers were evicted from a farm in the Western Cape, where they had lived for many years. The dwellers had all been employed by the company Claytile at one point in time, but their residence on the land predated and was independent of their employment at Claytile. They were all dismissed from their jobs at Claytile by 2011, and were evicted by Claytile in 2013. In 2014, the magistrate’s court ordered their eviction with no alternative accommodation.

The farm dwellers brought their case to the Constitutional Court, arguing that they should not be evicted if it meant that they would be homeless. They were offered relocation to an emergency housing facility in Wolwerivier. Even though the long distance would limit the occupiers’ access to employment, as well as their children’s access to education, the Constitutional Court ordered their eviction on the basis that the offer to relocate to Wolwerivier was “reasonable”.

In thinking about spatial violence, this case raises several issues. South Africa has a long history of dispossession. Specifically, during South Africa’s colonial and apartheid regimes White people took the land of Black, Indian, and Coloured people in order to exert their power at the expense of the livelihood and well-being of the non-white majority. The Extension of Security of Tenure Act (ESTA) was enacted in order to combat this historical injustice. ESTA was intended to give dignity to those “whose tenure of land is legally insecure as a result of past racially discriminatory laws or practices” (i.e. vulnerable farm dwellers) by protecting them from unfair eviction and regulating the conditions of residence on certain land.

However, the Baron v Claytile case proves that these goals are yet to be achieved.

In this case the Court ignored ESTA’s definition of “suitable alternative accommodation.” According to ESTA, due to the particular vulnerabilities of farmworkers, the alternative accommodation provided after an eviction must meet stringent standards. While the Court’s judgment upheld the idea that evictions should not lead to homelessness, it implied that ESTA’s definition of “suitable alternative accommodation” does not have much meaning in practice. It is the Court’s job to give meaning to ESTA, and they failed to do so in this decision. Instead of interpreting the law through pro-farmer, pro-poor, pro-human-rights lenses, the Court made the presumption that landowners may evict farm workers at their will, and that these farm workers may be legitimately relocated to unsatisfactory locations.

In this case the families specifically rejected being allocated housing in Wolwerivier, with good reason, and yet the courts insistence on the suitability of this housing, points to a disregard for poor people’s agency, therefore affirming the idea that choice is a luxury reserved for the wealthy. The court’s decision, regardless of its directive that Claytile must provide transport for the farm workers’ children, therefore reinforces the same dynamic created by forced eviction, where farm workers are unable to have control over their own lives, reminiscent of an apartheid reality that prevented black people from owning land in affluent, White areas.

As such, there is a need to interrogate the ways in which the implementation of ESTA further reinforces, rather than changes the old apartheid pattern where the poor are relegated to residing far from the city centre. In ruling that housing in townships such as Wolwerivier qualify as “suitable housing”, the courts fail to imagine the holistic well-being of these farm occupiers. Although the corrugated structures essentially provide shelter for these families, they are functionally inadequate for individuals who are said to be equal in the “New South Africa”. These decisions fail to take into consideration how the townships themselves perpetuate the very same inequality that ESTA strives to correct, given the structural ills that exist in townships such as poor service delivery, high crime rates, lack of employment, and inadequately resourced schools. By signalling that housing in under-resourced areas is suitable, The Court makes its position clear that “near enough is good enough” when considering vulnerable individuals’ housing.

Baron v. Claytile was described by LHR attorneys, who acted for the applicants, as having “shattered any hopes that the Extension of Security of Tenure Act (ESTA) could be used for radical rural transformation.” ESTA’s usefulness in gaining rights for farm dwellers is contingent on the Constitutional Court’s decision-making in cases like Baron v. Claytile, so that farm dwellers can take control of their own lives. In this instance, the Court fell short.

It failed to uphold the rights that farm workers are entitled to, stripping them of dignity and perpetuating the spatial violence created by South Africa’s apartheid past. In thinking about using the courts to remedy spatial violence in the future, the courts must give meaning to ESTA beyond the bare minimum, they must give meaning to ESTA such that farm workers and other vulnerable South African individuals are afforded housing that is indicative of a shared and equal citizenship, rather than the shacks in under-resourced areas that mirror those which were deemed ‘fit’ for the racialized subjects of an apartheid state.

Seehaam Samaai holds an LLM degree in constitutional litigation and joined Women’s Legal Centre from the Foundation for Human Rights where she provided programmatic support in the Strengthening of Civil Society Programme. Previously she was the Director of Legal Administration at the Western Cape Regional Office of the Department of Justice and Constitutional Development (DoJ&CD) and prior to that she was a practicing attorney and Director of the UWC Legal Aid Clinic. Seehaam serves on various national, provincial and community structures providing either strategic leadership, legal, programmatic or organisational support including for the National Association of Democratic Lawyers (NADEL), the South African Women Lawyers Association (SAWLA), the Association of University Legal Aid Institutions (AULAI), Lawyers for Human Rights and the Rural Legal Trust.