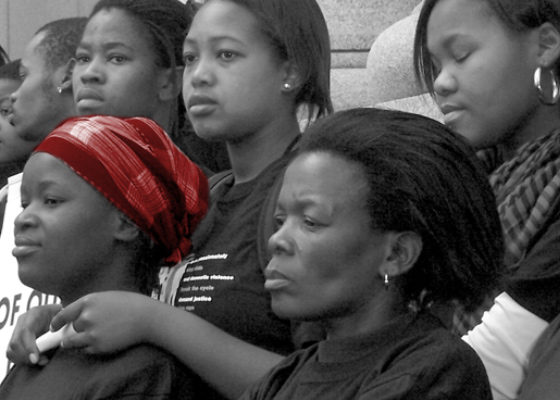 By Janie Booth and Victoria Wang

State capture refers to the efforts of the powerful elite to influence the government into operating in a way that benefits private interests. In South Africa, it is diverting money from social delivery programmes, which are supposed to promote human rights and social welfare, and into the hands of the power elite.

This affects the lives of every citizen, rich or poor. Half of the people in South Africa live in poverty, and this directly hurts the poor. Investing in human rights is important to ensure that all people have access to clean water, food, healthcare, education, and housing.

Today, women’s realities in South Africa are determined by race, class, and gender-based access to resources and opportunities. Socio-economic rights include the right to adequate housing, food, healthcare, education, social security and water. The government can be held accountable if they do not promote, protect, respect and fulfil these rights. This means that government has a duty to assist people to meet their basic needs, and must not do things that make it more difficult to gain access to these rights.

In order to achieve social development that empowers women, services need to accessible and affordable. Because state capture is aimed at meeting the needs of a wealthy power elite, it has negative effects on the state’s ability to provide these services by diverting budget elsewhere.

Corrupt deals prevent women from having access to safe and cheap transportation. Long commuting times, unaffordable prices, and unsafe services prevent women from their right to safety and a healthy environment. The fear of violence when using public transport means women cannot fulfill their right to employment, healthcare, and education as well.

Two recent transportation deals were an inefficient use of funds. These corrupt deals diverted funds from providing safe and accessible public transport for South Africans. The money could instead be used to institute safe transport initiatives aimed at preventing violence and harmful conditions for women.

Women’s access to affordable housing is not a priority to the Gupta-Zuma network. Discriminatory laws have limited women’s access to housing, and disproportionately affect black women. Because most homes are registered in a man’s name, women have fewer housing rights and are dependent on their relationship to men.

The government must prioritize improving women’s access to housing and resources. The Department of Human Services has a goal to deliver 1.5 million housing opportunities by 2019. But when funding isn’t given to this cause by the state, the goal can’t be met. This lack of housing and resources particularly impacts women who are victims of domestic abuse.

The slow rate of improvement in our healthcare systems is harmful to women. Women are disproportionately affected by HIV/AIDS. Not enough is being invested in sexual and reproductive health in South Africa. When money is used to fund private interests, it is taken away from protecting women’s socio-economic right to health. Investments in stronger prevention programmes for HIV and better maternal health care would be greatly beneficial to all women in South Africa.

State capture prevents girls from being properly educated. In communities across South Africa, schools lack sufficient resources. Girls are at a higher risk of HIV, pregnancy, and trauma when they have to walk long distances to schools, which often lack adequate sanitation facilities. If schools were better resourced, some of these challenges could be addressed.

Investing in girls benefits the whole society. Girls who are educated continue to invest in their communities, and are able to progress into university and the working world. This starts with schools, which need resources. Money from corrupt deals should be invested here, creating a better society for all South Africans.

According to the World Happiness Report, many South Africans feel dejected over poor basic service delivery in our country. The report was released by the United Nations, and revealed that the “performance of democracy in the country is not fully living up to cherished democratic ideals.” South Africa has dropped two rankings since 2015.

Source:  Betrayal of the Promise:  How South Africa is being stolen https://wlce.co.za/wp/wp-content/uploads/2017/02/WLC_Article_State-Capture_130717.pdf