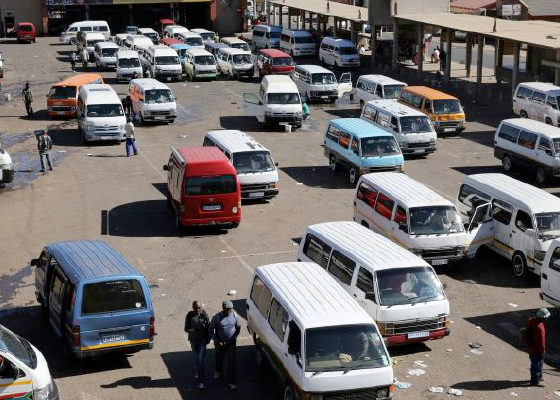 An integrated plan to curb taxi rapes should be driven from the top—by government.

By Sehaam Samaai, Director of the Women’s Legal Centre

It is with devastation that we at the Women’s Legal Centre (WLC) take note of the latest taxi rape in Johannesburg and of the many women who are coming forward to reveal information about sexual assaults by taxi drivers.

Following reports of these assaults, former Transport Minister Dipuo Peters has condemned the spate of taxi-related rapes and sexual assaults in Johannesburg and vowed that the owners of any taxis used by the perpetrators will be dealt with harshly if it emerges that they are registered operators. She has promised taxi commuters in Johannesburg that the perpetrators will be found and brought to book.

Gauteng MEC for Community Safety, Sizakele Nkosi-Malobane, has said that she wants a commitment from the police and the taxi industry that the perpetrators will be arrested.

While these are certainly positive statements, one must remember that taxi rapes are not a new issue— as is evident from the numbers of women who have now come forward. What is required is a much stronger stance and some proactive action plans to actually do something about the situation.

While much has been debated about the flawed calculation of statistics and methodology for reporting rapes in South Africa, and accurate information which should be the basis of any form of advocacy is difficult to come by, the fact remains that South Africa has very high levels of reported rape.

Black women commuters from the historically disadvantaged areas, who have no access to private transport bear the brunt of our society’s failure to provide safe transport for them. This is a human and constitutional right. Because of the predominantly gendered roles in South Africa, women commuters are disproportionately impacted by unreliable and unsafe modes of transport. The vast majority of these women use taxis as an alternative to public railways and bus transport which are also neither safe nor reliable. They need safe, convenient and reliable transport to get to work on time, to see that their children get to school on time and to take care of family matters.

We believe the responsibility to ensure reliable, accessible and safe transport systems for commuters rests with the various government departments concerned. It is also the responsibility of the private taxi companies and of the taxi associations who have a duty to provide a safe and reliable service for their commuters and also to ensure that their members are held accountable for any crimes or misdemeanours.

Currently there is no legislation in South Africa which makes provision for the registration of mini bus taxi drivers or metered taxi drivers. The only requirement is that the driver must have a valid driver’s licence and a professional driver’s permit (PDP). Thus the appointment of drivers is very much up to the operator of the vehicle, who also holds the operation licence issued by the operating licencing board.

Some interesting parallels can be drawn from two Constitutional Court matters. The first being Carmichele v Minister of Safety and Security and Another (Centre for Applied Legal Studies Intervening), an important case in South African criminal, delict and constitutional law, which imposed a particular

duty on the State to protect women against violent crime in general and sexual abuse in particular and referred to the following statement of the SCA in S v Chapman:

“Rape is a very serious offence, constituting as it does a humiliating, degrading and brutal invasion of the privacy, the dignity and the person of the victim. The rights to dignity, to privacy and the integrity of every person are basic to the ethos of the Constitution and to any defensible civilisation. Women in this country are entitled to the protection of these rights.”

It follows that there is a duty imposed on the State and all of its organs not to perform any act that infringes these rights. In some circumstances there would also be a positive component which obliges the State and its organs to provide appropriate protection to everyone through laws and structures designed to afford such protection.

In the matter Irvine Van Sam Mashongwa vs Passenger Rail Agency of South Africa (PRASA) brought before the Constitutional Court of South Africa. Mr Mashongwa was attacked by three assailants and as a result sustained serious injuries from being beaten and thrown from a train—his left leg was subsequently amputated.

The Constitutional Court found that it was PRASA’s duty “to ensure that reasonable measures are in place to provide for the safety of rail commuters.” Furthermore, public carriers like PRASA have always been regarded as owing a legal duty to their passengers to protect them from suffering physical harm while making use of their transport services. That is true of taxi operators, bus services and the railways, as attested to by numerous cases in our courts.

South Africa also has a duty under international law to prohibit all gender-based discrimination that has the effect or purpose of impairing the enjoyment by women of fundamental rights and freedoms and to take reasonable and appropriate measures to prevent the violation of those rights.

The State and its organs exist to give practical expression to the constitutional rights of citizens. They bear the obligation to ensure that the aspirations held out by the Constitution are realised.

We believe that urgent intervention is required by government on how they intend to ensure safety in taxis. In a democratic country like South Africa, it is simply not acceptable for women commuters to be raped and assaulted in taxis.

The National Land Transport Act, 2009 states that national, provincial and municipal government have clear reponsibilities in terms of ensuring passenger safety—specifically stated in 5.(4)(g)(ii) “the Minister must promote, within overall land transport objectives, the safety of passengers.”

In 11.(c) (xiii) “The municipal sphere of government is responsible for–promoting safety and security in public transport.”

The Act also provides an investigative remedy in section 25.(1) which states that “A Provincial Regulatory Entity may, in appropriate cases, make inquiries or hold hearings to enable it to perform its functions set out in section 24.”

Therefore, as a women’s rights organisation we urge the three powers of government to act within their legislated powers to form an integrated plan to curb taxi rapes, otherwise complaints by women

commuters, meetings with taxi associations and the police will all come to nothing. The dust will settle and nothing will have been accomplished to change the prevailing situation for women taxi commuters who sorely need protection so that they can go about their business in safety and without fear of being raped.