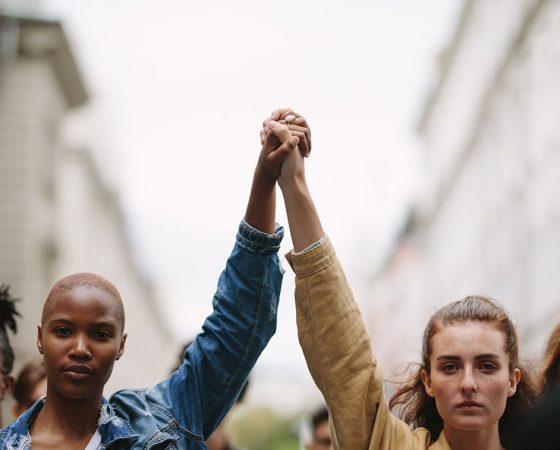 We need feminist places of work: How ILO Convention 190 can help to get us there

This Workers’ Day the Women’s Legal Centre joins womxn around the world in urging their governments to ratify the International Labour Organisation’s Convention 190 to eliminate violence and harassment in the world of work.

As a law Centre, the Women’s Legal Centre is constantly approached by womxn who experience some form of discrimination, violence and harassment in their workplace. These womxn work in different spaces and perform work that is either recognized outside of their home or engage in unpaid care work. Too many work in precarious working conditions in private homes or on privately owned farms or are part of our informal economy applying their trade at taxi ranks and on street corners as traders.

We therefore recognize that discrimination against womxn takes many different forms, and because places of work are a mere microcosm of society, we cannot simply assume that workplaces are safe spaces for womxn. Equally, harassment and violence against womxn is not confined to certain labour sectors and is a pervasive problem that affects womxn in all types of workplaces, both in the informal and formal employment sector.

The undervalued and unrecognized work done by womxn in their homes remain a major obstacle to substantive equality. The home and the care provided there is not often viewed as work deserving of formal recognition, and so the cycle of gender discrimination in the world of work and the different ways in which work is done is perpetuated. Despite the fact that labour laws such as the Employment Equity Act seeks to address such discrimination by making it unlawful to discriminate against anyone on the basis of their sex, race or gender, womxn continue to bear the economic costs of childcare, which also result in negative treatment from employers.

This is a dismal state of affairs that reflects the gap between our rights-based Constitution and labour law and the lived reality of many womxn in South Africa.

In light of this contradiction and government’s renewed pledge to support gender equality, as well as  mounting pressure globally to address violence and harassment in the world of work, the WLC supports efforts towards the ratification of Convention 190 as a concrete measure which holds the potential to create lasting change.

Convention 190 was adopted by the International Labour Organisation during its 108th Centenary session on 10 June 2019. Convention 190 marks the first time in history that the right to a world of work that is free from violence and harassment has been articulated in an international treaty. The Convention creates a clear framework to prevent and address violence and harassment that disproportionately affects womxn, based on an inclusive, integrated and gender-inclusive approach. In its preamble, this convention clearly recognises that violence and harassment in the workplace affect the quality of public and private services, and may prevent persons, particularly womxn, from accessing, remaining and advancing in the labour market.

ILO C190 places the emphasis on employees being protected from violence and harassment in any aspect connected to the world of work, irrespective of the classification of the employment and contractual status. In South Africa, this is particularly important because of the high number of womxn working in the informal or unrecognized sectors of our society.

ILO C190 is also of particular significance because it addresses the lived reality and experiences of womxn experiencing violence in their workplace regardless of the nature of that workplace. It goes beyond positioning such violence as a form of discrimination to include it as a very real threat to the safety and security of womxn in the workplace. The last is often overlooked within the South African labour context which often fails to recognise sexual harassment within a framework of violence, and a right to safety and security. This is a critical oversight largely due to the fragmented legal response to the issue which positions the sexual violence nature of the offence within the criminal justice context and the harassment aspect within the work space. The requirement and burden on victims of violence to therefore process multiple remedies in order to obtain justice is untenable and would not meet the requirements of Convention C190.

The WLC recognizes that ratification will require serious consideration by our government as the ratification will affect our domestic labour laws and the implementation thereof. We believe, however, that such ratification is in line with the spirit, purport and ambit of our Constitution and its envisaged realisation of substantive equality for womxn in the workplace as well as our international obligations in relation to equality and ending violence against womxn.

South Africa’s economy is built on the backs of working womxn who need to provide for their families. In particular, black womxn’s care and domestic work has long gone unrecognised, undervalued and underpaid. Adopting and ratifying Convention 190 would be a bold step towards realising a feminist place of work.

Chriscy Blouws & Charlene May are attorneys at the Women’s Legal Centre.