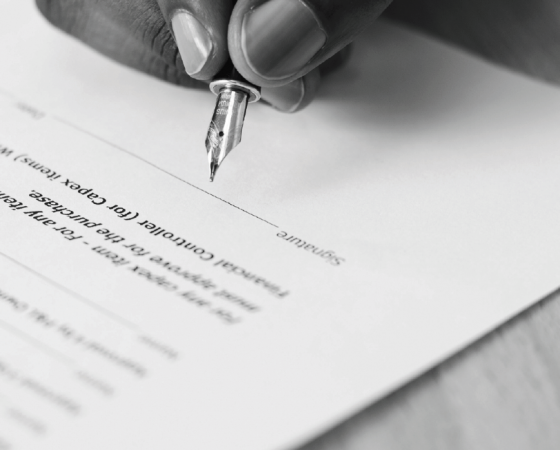 Victory for opposite-sex couples in domestic partnerships, but the fight for equality continues

Couples living together, either prior to marriage or instead of marriage, are a common practice in South Africa. In law, this is referred to as a domestic partnership, which is defined as an interpersonal relationship between two people who live together and share a joint domestic life without being married.

The work done by the Women’s Legal Centre (WLC) has highlighted that one of the reasons why fewer opposite-sex couples enter the institution of marriage is because womxn frequently lack the ability to negotiate the conclusion of a marriage – patriarchal notions demand that the decision to marry be made by the man in a relationship, and South Africa remains a deeply patriarchal country. The national census and the surveys conducted by Statistics South Africa found that in 1996 1,2 million people confirmed that they were living in a domestic partnership. In 2001, this number increased to 2,4 million and in 2011, it increased to 3,5 million people. This figure is likely to be even higher in 2020 as our society, and what it means to be a family evolves.

The 2011 census also found that most people who identified as living in domestic partnerships were black womxn. Less surprising is the fact that fewer men identified themselves as being in a domestic partnership. This indicates that, even though men were in domestic partnerships, they did not admit to this on official documentation. This attitude towards domestic partnerships is consistent with our experience in offering legal assistance to womxn in such relationships. In a number of cases that the WLC has assisted womxn with, men were more likely to categorise a domestic partnership as a casual relationship without tangible commitment and responsibility; free of the bonds or obligations that marriage holds. The contribution of the female partner is often not viewed with value. Womxn in these instances are then dismissed as mere “girlfriends” who are not entitled to any financial support or to any rights to housing, land or property, which may have accumulated during the relationship.

Despite this reality, South African law does not allow womxn in opposite-sex domestic partnerships to claim “spousal” recognition from their deceased partners’ estates for the purposes of intestate succession and maintenance. Womxn in opposite-sex domestic partnerships, which are not, contrary to popular belief, common-law marriages, have long faced discrimination. The WLC has been working to help redress this discrimination in the case  Jane Bwanya vs The Executor of the Estate Ruch and Others brought before the Cape Town High Court in which the WLC is the first amici curiae or friend of the court. This case challenged the exclusion of opposite-sex couples from the operation of the Intestate Succession Act 81 of 1987 (ISA) for inheritance without a will and the Maintenance of Surviving Spouses Act 27 of 1990 (MSSA) for failing to make provision for anyone who is not married to claim maintenance when a relationship is terminated by death.

In this case, Jane was in an opposite-sex relationship with her partner. They lived together as if they were married and he died before they could get married. There was no valid or legal Will, and his estate was dealt with under the ISA. Before his death, Jane’s partner took care of all of their living expenses including groceries and other household necessities while she did all the unpaid care work such as cooking, cleaning, and taking care of him. She was also independently employed as a domestic worker earning her own salary. They shared an active social life together and friends knew them as being in a happy committed relationship. Her deceased partner acknowledged Jane’s contribution of love, care, emotional support and companionship to their permanent domestic partnership.

After he died, the executor and other beneficiaries of his estate refused to recognise Jane as a spouse for the purposes of inheriting from her deceased partner and for “spousal” maintenance. The executor argued that Jane could not inherit from her deceased partner because they were not married at the time of death. Jane then filed an Application in the Western Cape High Court arguing that the exclusion of opposite-sex domestic life partners by the ISA and MSSA unfairly discriminated against her on the basis of her sex, gender, marital status and sexual orientation. The applicant further argued that the exclusion violated her right to dignity. Essentially, Jane argued that this exclusion of opposite-sex couples rendered the ISA and the MSSA unconstitutional. The court had to decide whether these laws were indeed unconstitutional as argued by Jane.

Before making the determination of constitutional invalidity, the court had to first establish if Jane and her deceased partner were in a permanent life partnership. In making this determination the court relied on:

The court decided that all of these factors cumulatively confirmed that there was a permanent life partnership between Jane and the deceased.

Following this determination, the court explained that the next step was to establish if there is contractually agreed reciprocal duty of support. This is important to establish in order for the MSSA and the ISA to apply. The court explained that the duty of support may be agreed to specifically or indirectly. When it’s indirectly, it may be inferred from the facts of each case. The court went on to explain that credible evidence of a conjugal relationship in which the couple supported and maintained each other must be presented to court. The person before court has to demonstrate that the partnership had similar characteristics to a marriage. In Jane’s case the court found that there was indeed a reciprocal duty of support between the partners when the relationship subsided. It was therefore not relevant whether the parties ever intended to enter into a marriage or not, but how they conducted themselves in the relationship.

Once the question of whether a partnership existed and whether there was a duty of support was answered, the court had to then make a determination of whether the ISA and the MSSA were unconstitutional.  In relation to the issue of inheritance without a Will for opposite-sex permanent domestic life partnerships, the Court agreed with Jane and found that the ISA was discriminatory on the basis of marital status because it treats male-female couples differently based solely on whether or not they are married.  The ISA also discriminates on the basis of sexual orientation because it grants greater rights and benefits to same-sex life partnerships and gives lesser rights to opposite-sex life partnerships. Same-sex partners can inherit from each whether they are married or not, while opposite sex couples who are not married are not  given the same recognition and protection.

The Court recognised the reality that Jane represented one of many womxn in South Africa who are disadvantaged by the ISA. The Court recognised and accepted the evidence placed before it by the WLC that confirmed not only Jane’s vulnerability (and discrimination), but also that of womxn similarly placed as her. In relying on the WLC evidence the court emphasised the burden carried by womxn who often dedicate years to a relationship and support the livelihood of a permanent life partnership without rightful recognition under the ISA. The Court found that the discrimination strips womxn of their dignity and that there was no justification for the violation of the right to equality and dignity. Accordingly, the Court declared the ISA to be unconstitutional.

The declaration of invalidity of the ISA is now before the Constitutional Court for confirmation and Jane’s attorneys have appealed the refusal by the Court to extend the MSSA to her opposite-sex domestic partnership.

The WLC welcomes the judgment because it recognises the discrimination and vulnerability of many womxn in South Africa. Womxn are forced to live in domestic partnerships because of many factors that contribute to supporting and upholding patriarchy, which in turn limits womxn’s ability to negotiate marriage. The state must therefore take steps to ensure that where a law is discriminatory, that law must be struck down and/or amended.  The law does not operate in a vacuum. The law must take cognisance of the nuances and intersecting reality of all womxn as a marginalised group that the Constitution seeks to specifically protect.

With the reality of increasing numbers of people in domestic partnerships, legal protections flowing from relationships must adapt accordingly. Although marriage plays a particular role in our society when it comes to family life, it is not the only form of family that exists in our country. Continuing to only recognise and protect marriages is discriminatory and a failure to recognise the diversity of relationships that exists in South Africa. We encourage the state to prioritise legislative development processes that are underway, spearheaded by the South African Law Reform Commission and the Department of Home Affairs. The lacklustre approach in respect of legislative development has left womxn with the burden of fighting for recognition and their rights in Courts which, given the costs of litigation, is not an option for many womxn.

We trust that the Constitutional Court will confirm the judgment in relation to the ISA and will take this opportunity to correct the decision in Volks vs Robinson. This will afford legal protection to opposite-sex couples for the purposes of “spousal” maintenance.

It is important to note that even though this judgment recognises that opposite-sex partners in domestic relationships can inherit in the same way as spouses from a marriage – the law still does not recognise “common law marriages.” If you are living in a domestic partnership it is important to make sure that you protect your interests either by entering into a contract that regulates important aspects of your relationship such as property ownership and maintenance so that if your relationship does end your rights are protected.

Written by Charlene May and Mandi Mudarikwa, Attorneys at The Women’s Legal Centre.