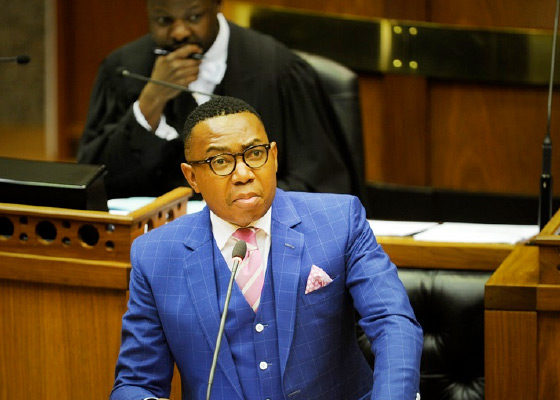 Parliament must dismiss Mr Mduduzi Manana as an MP, to send a clear message that violence against women will not be tolerated.

On 19 August Mr Mduduzi Manana resigned as Deputy Minister of Higher Education and Training. President Zuma accepted his resignation. This was after Mr Manana admitted publicly to physically assaulting at least one woman at a nightclub in Fourways, Johannesburg, on 6 August 2017. However, it is of concern that we note that Mr Manana has not resigned as a Member of Parliament, and has indicated that he will continue in this position.

The Women’s Legal Centre (WLC) is a non-profit law centre, which strives for the achievement of equality for women; and accordingly we view Mr Manana’s conduct in the most serious light.

Says Advocate Bronwyn Pithey from the WLC; “Simply put, his assault on a woman is a most telling indictment of his flagrant disregard for the constitutional values of South Africa, let alone the criminal nature of the conduct in question.”

These transgressions are of a serious nature and cannot be left unchallenged. To do so would be a violation to the constitutional principle of accountability.

This complaint must be investigated by the Registrar and the Joint Committee on Ethics and Members’ Interests. The Code outlines the minimum ethical standards of behaviour that can be expected from public representatives

“It remains somewhat of a mystery that Mr Manana is considered to be worthy of continuing to serve as an MP, particularly in the absence of any disciplinary measures of whatsoever nature having been taken against him; and despite the fact that his abusive conduct appears to have warranted his resignation as Deputy Minister,” says Pithey.

We have requested that a recommendation of dismissal of Mr Manana as a Member of Parliament be made by the Registrar to the National Assembly as a matter of urgency.

When considering the breach of the Code, and making recommendations concerning the appropriate sanction as a result of the breach by Mr Manana, we are of the view that the high levels of violence against women in South Africa must be taken into account. It is also our view that to not dismiss Mr Manana, given his self-admitted criminal and unconstitutional conduct, constitutes a breach of South Africa’s international obligations contained, inter alia, in the United Nations Convention on the Elimination of All Forms of Discrimination Against Women.

It is crucial that Parliament send a clear message to the public that violence against women will not be tolerated at any level.

“For Mr Manana to continue to serve as a Member of Parliament undermines and makes hollow those commitments. The conduct of government officials, such as Mr Manana, must reflect the obligations of the Constitution and national legislation. Mr Manana has failed to comply with both,” concludes Pithey.

For more information and interview requests please contact Bronwyn Pithey on 084 702 7305 or bronwyn@wlce.co.za. Alternatively you can contact Angie Richardson on 083 397 2512 or angie@thepressoffice.net