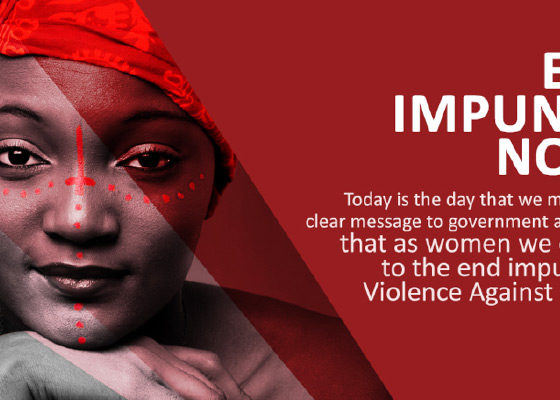 Why impunity must end?">

Deputy Minister’s attack on women highlights why impunity must end.

Tuesday 08 August 2017; The Women’s Legal Centre (WLC) strongly condemns the actions of Deputy Minister of Higher Education and Training, Mduduzi Manana, for allegedly assaulting two women when he became angry during a presidential debate at a private club in Fourways at the weekend. The women were slapped in the face, resulting in a black eye and other bruising to their bodies.

The fact that Manana has come out against gender based violence (GBV) several times, makes his actions on Sunday even more deplorable.

Last year speaking about the proposed Rhodes University’s Sexual and GBV Dialogue, Manana said that “… we should be glad that these heinous acts are brought to the surface so that we can find ways to deal decisively with them”.

In June, Manana was quoted at the Youth Conference session on GBV and implications for HIV that his department did not support GBV, and that they are taking concrete action by developing a GBV policy and strategy framework that will be implemented at all institutions in South Africa.

It is obvious that when it comes to himself, Manana’s public views on GBV become irrelevant and the WLC calls on Minister Blade Nzimande to take immediate action to bring the Deputy Minister to account.

GBV is an immense challenge in South Africa as governmental and societal responses to this crisis is extremely pitiful. We cannot allow these issues to be swept under the carpet while a total of 42 500 women (or 80 per 100 000) were raped in South Africa in 2016. This is a deplorable situation. And this does not include the high incidence of unreported rape.

The WLC believes that unless government, the judiciary and the police display the determination and the political will to remove women’s rights from the backburner and prioritise victims and their rights, women will continue to shoulder unfair burdens.

Says Seehaam Samaai, Director of the WLC; “This incident highlights why we must end impunity, which is why the WLC is on the committee of the Ending Impunity for Violence Against Women Campaign which has launched this week. The campaign has a narrow remit, focusing on the failure of the state to act with due diligence in preventing violations and responding effectively once violations have occurred.

The WLC, Tshwaranang Legal Advocacy Centre (TLAC), People Opposing Women Abuse (POWA), Hlanganisa Institute for Development SA (Hlanganisa) and the Initiative for Strategic Litigation in Africa (ISLA) have collaborated to help survivors and victims of violence against women to hold the state accountable for its failure to protect them from violence.

The first phase of the campaign is to invite victims, survivors of violence against women and those that support them to provide information and experiences where the state machinery failed them. Statements will be taken on Saturdays from 12 August to 2 September 2017, at various locations that will be announced at the official launch on Women’s Day, Wednesday 9 August at the offices of Hlanganisa in Empire Road, Parktown.

“We hope that through this campaign we can identify cases where we can litigate to hold the state accountable for its failure to protect women from violence and refer and follow up on complaints to the Independent Police Investigative Directorate,” comments Samaai.

Government needs to make it a priority to gain an in-depth understanding and be accountable of the scale of the socio-economic realities of marginalised women in South Africa. Until they do so they will not be able to address issues relating to women’s rights and GBV in South Africa in any meaningful way.

For more information or to arrange interviews please contact Sehaam Samaai on 083 384 3448 or email seehaam@wlce.co.za

Alternatively Angie Richardson on 083 397 2513 or angie@thepressoffice.net